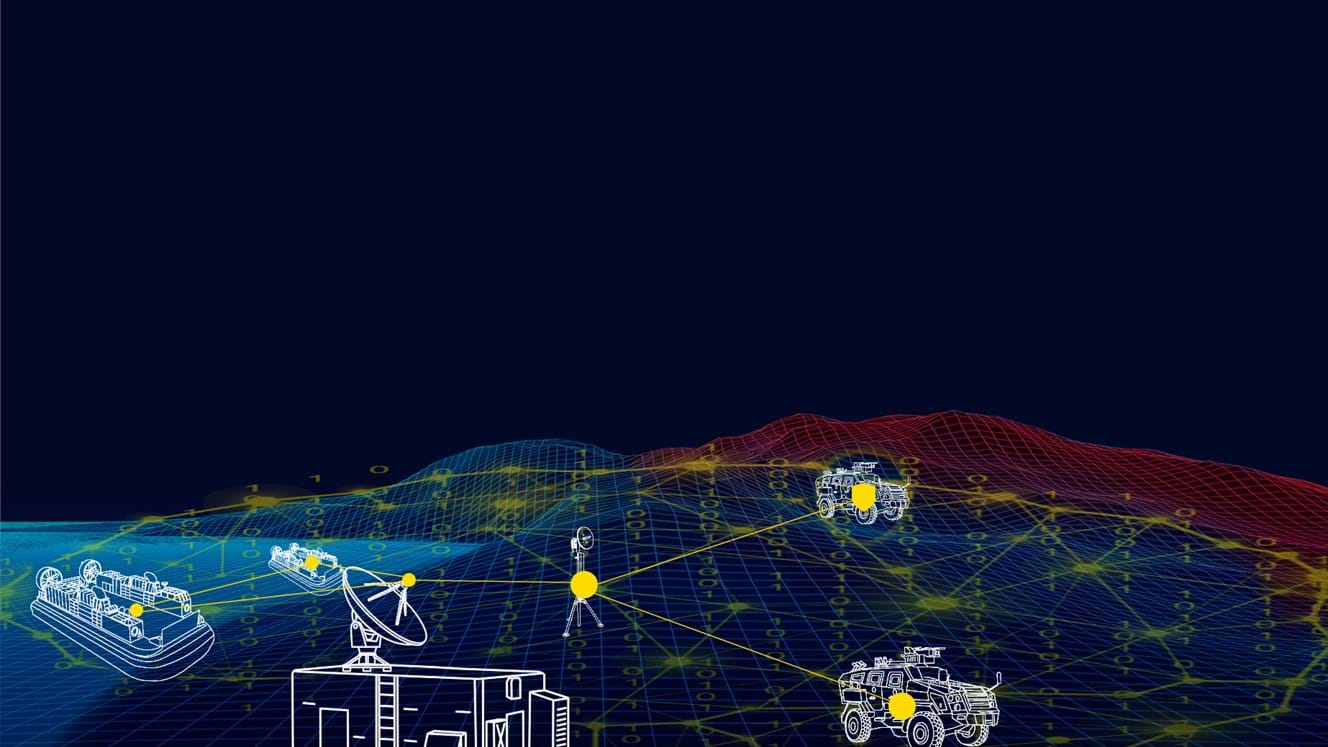 Resiliency – the ability to recover from adversity – is a trait we all admire in our fellow humans, but it also has direct implications for the battlefields of the future. As the military shifts its focus from counterinsurgency wars to peer conflicts, the opportunities for expanding networking reach in the operational theatre are becoming a reality. However, in the meanwhile, adversaries are ramping up their own technology to disrupt our networks, causing chaos.

The First Step to Resiliency? The Right Radios, the Right Place, the Right Time 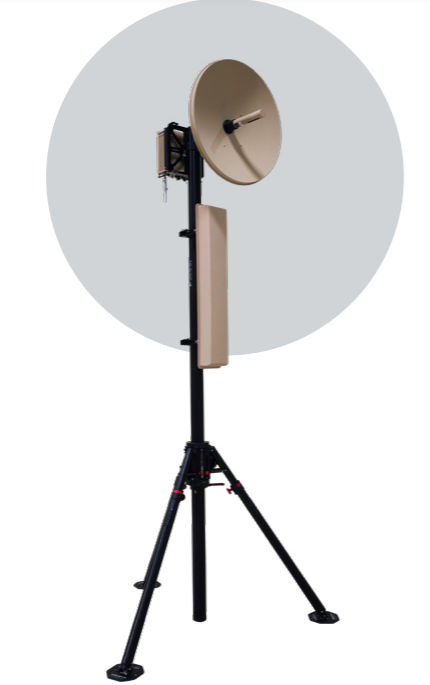 Establishing communications immediately in the field is the crucial first step in creating resiliency. Today’s radios are smaller, lighter and less power-hungry. This allows radios, utilized as tactical backhaul radios, to be mounted on a variety of platforms in the field. Backhaul radios are also much faster and easier to set up. Someone with little specialized training could use a GUI interface to simplify deployment and get connected in a fraction of the time.

Today, tactical Line of Sight (LOS) radios can weigh as little as seven pounds and enable non-technical personnel to establish backhaul and mesh communications networks in minutes rather than hours.

With that clarified, it’s also important to understand how these radios work. Typically, they offer a variety of networking topologies. A Point-to-Point (PTP) connection connects two radios in direct line of sight: for example, a command post to a forward operating base. A Point to Multipoint (PMP) setup allows one radio (typically at headquarters) to transmit to many other tactical radios. A mesh network interconnects all tactical radios in range together.

Modern tactical radio networks can also effectively link to satellite communications, providing ‘always on’ access to connect no matter the topography or conditions on the ground. Maintaining connectivity is always the goal.

The proliferation of wireless systems, the growth of connected things and the need for joint operations and coalitions lead to highly congested networks. There are two issues at play in congested networks. One is the difficulty to find available frequency channels in sufficient quantity, and the other is to find channels of sufficient bandwidth. More channels mean you can deploy more nodes in higher density and can deploy more efficient Electronic Counter Counter Measure (ECCM) strategies.  Greater bandwidths mean you can transmit more data or make use of more robust waveforms. With life and death decision making on the line, network congestion becomes a critical priority.

In actual operations, network managers can expect their spectrum to become both congested and contested. A contested network is one in which adversaries are actively trying to disrupt our communications to create confusion, sow misinformation or simply deny your use of the spectrum. Jamming is one such method but jamming comes in many flavors and there are several EW tactics that will be employed. Networks must be able to navigate congestion, but also defeat jamming – a trait called resiliency.

Making an intelligent use of a diversity of frequency bands, network topologies, channels, routes and waveforms enhances connectivity and makes the work of the jammer much more difficult. But what if we could not just defeat jamming attacks and take it one step farther? With AI/ML powered spectrum awareness and cognitive ECCM, military forces can learn jammer behavior and hide their ECCM waveform adaptation capabilities from the opponent. That’s just one other example of how resiliency can be achieved when facing more sophisticated adversaries.

The imminent application of AI/ML into military networking will allow for even deeper levels of resiliency. Networks can become self-healing, with advanced waveform hopping and adaptive networks to stay ahead of jammers and other forms of EA (Electronic Attack). Assisted automation means that, although there is always a human in the loop, the network can automatically self-correct to use the best available link at any given moment based on preset parameters. More importantly, AI/ML is the one key to achieving faster decision-making and greater speed of action in an increasingly complex environment.

Ultra is in an advantageous position when it comes to deploying resilient networks. Our tactical radios are software-defined, meaning they can accept new software without necessarily requiring hardware upgrades. The radio systems also support multiple frequency bands and networking waveforms, providing the required flexibility for the AI/ML algorithms to operate on. Ultra’s history in deploying tactical radios across multiple domains – land, sea, air defense and special operations forces - means consistent connectivity and resiliency wherever it is required.