By Bryan Fisk (Vice President of Engineering and Innovation) 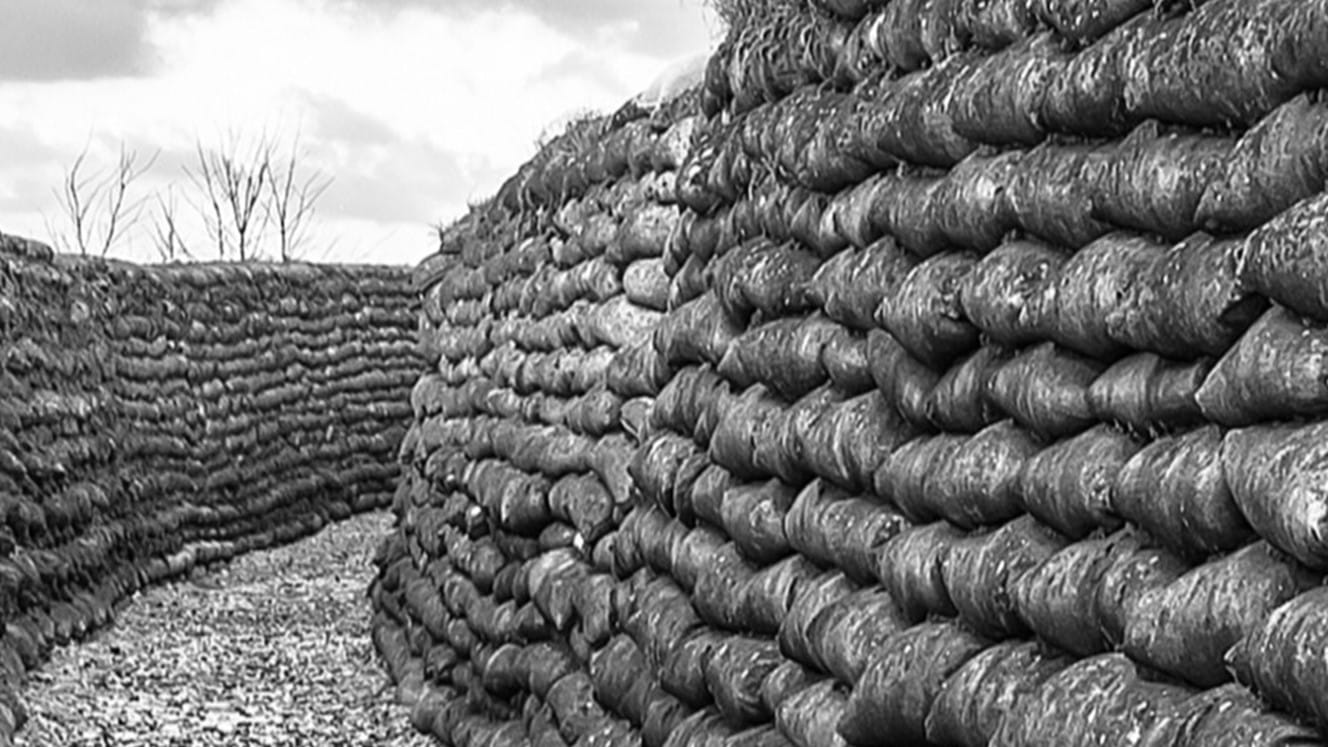 Imagine yourself hunkered down in a WWI trench surrounded by your compatriots. It’s cold, you’re tired, and you’re covered in mud and grime. The battle is at a standstill – the front isn’t moving because the trenches aren’t moving. The doldrum days drag on, gray as the clouds overhead. Intermittent bouts of courage from both sides of the conflict scatter minutes of terror and adrenaline across your weeks.

You’re pulled from your trench wall stare by a dull rumbling sound. The others around you have noticed too and everyone is beginning to look around slowly for the source of the sound. Your unit leader, having just gazed over the lip of the trench, steps down and shrugs his shoulders in confusion. The sound is apparently not coming from the other side. A nudge from the soldier next to you and an upward jerk of his head draws your eyes skyward. Though you’ve never seen one before now, you immediately recognize things have changed – the stalemate has suddenly shifted – your trench is no longer safe. An airplane slips between the listless clouds, and it is flying directly along the path of your trench….

Beginning in the twentieth century, visionary leaders recognized that powered aircraft offered access to a completely new dimension on the battlefield. The first occupants of that domain enjoyed a degree of access and battlefield freedom not available to previous generations. Decades later, Sputnik, chirping as it flew overhead, gave many a feeling similar to that experienced by trench-bound soldiers watching the first airplanes flying overhead. Having an enemy with more options available to them – more degrees of freedom – is an uncomfortable position to be in.

Increasingly flexible radio frequency (RF) hardware is creating a similar moment in time. RF systems are being deployed with unprecedented control over phase and polarization, dramatically increased bandwidths, multi-band support, and other characteristics which give those fielding these capabilities first an asymmetric advantage on the battlefield. Forces are outflanked, in the electronic warfare domain (EW; Electronic Attack & Electronic Protection, EAEP), by systems with access to more degrees of freedom.

Decisive dominance also requires algorithms capable of leveraging these advantages, including and especially AI/ML (artificial intelligence/machine learning) techniques. However, even a powerful EW AI could ‘lose’ in a conflict to an inferior algorithm running on better RF hardware – for example, the lesser system may be able to operate unimpeded via polarization modulation unavailable to the EW AI.

Battle-dominating, adversary-alarming, “airplane over the trench” hardware cannot, by definition, be found off-the-shelf (COTS) – it is purpose built, it is tailored and customer relevant. If it is readily available, then there is no hardware-enabled advantage. Ultra is a world leader in developing and delivering high-spec, tailored hardware for sensing and EW applications. Our hardware is an able counterpart to the DoD’s most capable, battle-ready, and future-leaning AI/ML-driven systems. Ultra’s expertise in low-SWAP, high-spec microwave electronics helps bring that capability to the front of the battle and ensure dominance. Our EW and radar test systems provide the mechanism to validate that those systems will cope with heavily contested environments.

Contact us to learn more about how Ultra can deliver more degrees of freedom for your next program.