Meet Cascade: an open and scalable software platform for all of Ultra

Two months ago, China christened a remarkable new ship. The 290 ft Zhu Hai Yun is described as the world’s first AI drone carrier, acting as a hub for swarms of unmanned air, surface and underwater vehicles that allow it to undertake “three-dimensional dynamic observation of targets”. Reports also suggested the ship’s AI-driven operating system makes it capable of semi-autonomous operation itself. While the vessel is officially designed for ocean research, the military value for China has been noted by analysts and commentators across the world.

According to one US Defence official, China is able to acquire new weapons and capabilities up to five times faster than the United States. And these are the capabilities we know about – ‘technology surprise’ is a constant threat, where advantages and disadvantages only become apparent upon engaging with an adversary.

To ensure that we can outpace these new threats, and respond quickly to technology surprise, our customers need to be able to field capabilities that give our servicemen and women decision advantage in everything they do. And they need to be able to develop, test and field those capabilities faster than ever, from the moment a new unexpected threat is identified.

As the ecosystem of solutions grows and evolves a key part of this mission is the ability to link disparate systems together quickly and easily, unlike the monolithic and locked-in systems that currently make up so much military technology.​​​​​​​ 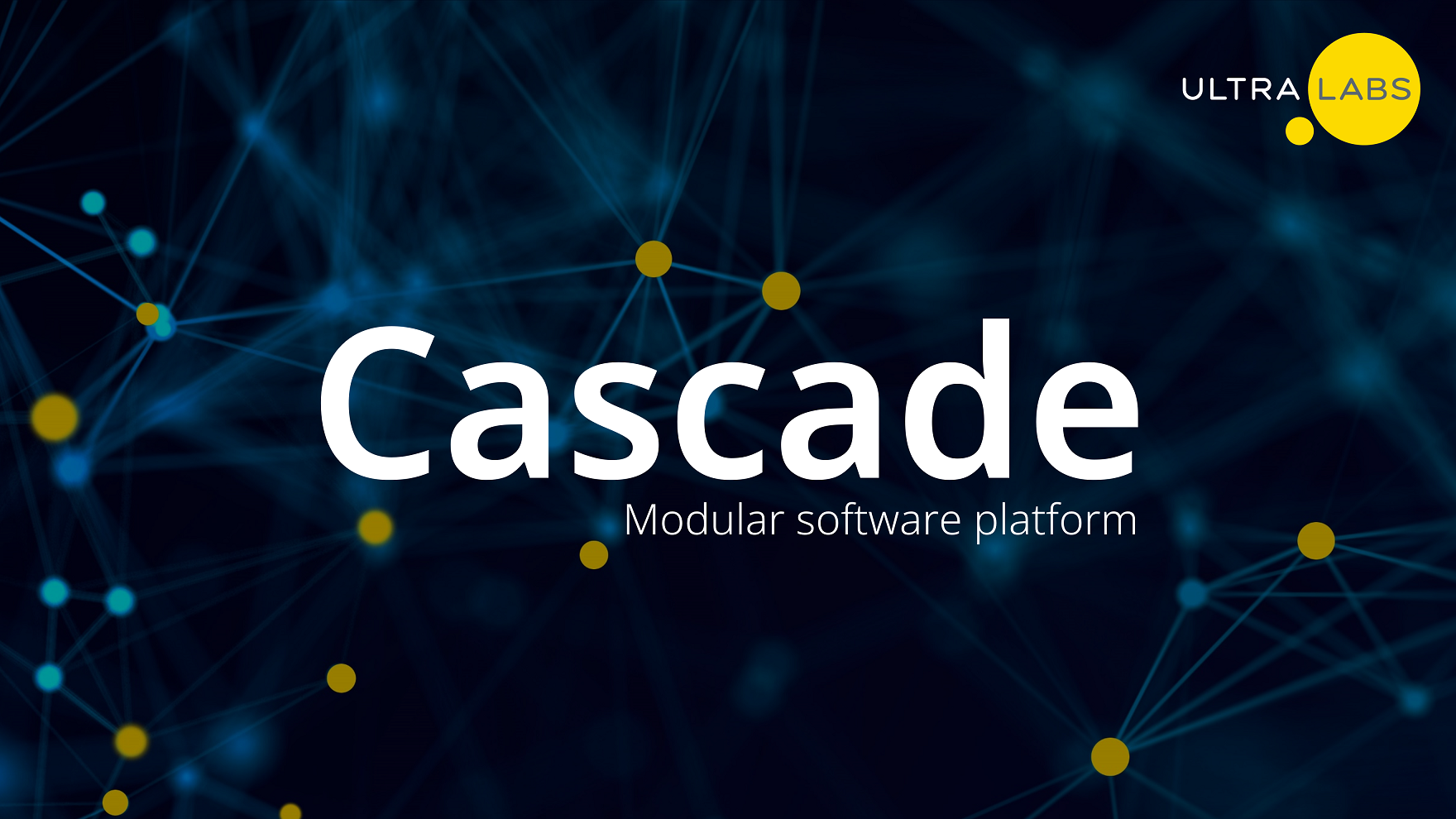 Cascade is our response to these challenges.

Developed by our Ultra Labs team, it is an open and extensible software platform for the whole of Ultra, built to accelerate the delivery of decision advantage for our customers’ most demanding missions. It has been designed from the ground up with four key priorities:

Cascade connects all available sensors, intelligence sources, and effectors using open architectures and standards to provide users with unprecedented operational context. At Cascade’s core is a Data Distribution Service (DDS) backplane, responsible for managing all interfaces and integrations across the platform.

Any connected sensor or asset can publish its data to any software module that subscribes to it. For example, our mapping software can access data from every ‘Cascade-ready’ sonar product from across Ultra and partner companies. This design enables true data fusion – where multiple data feeds are brought together, analyzed, and turned into actionable information. 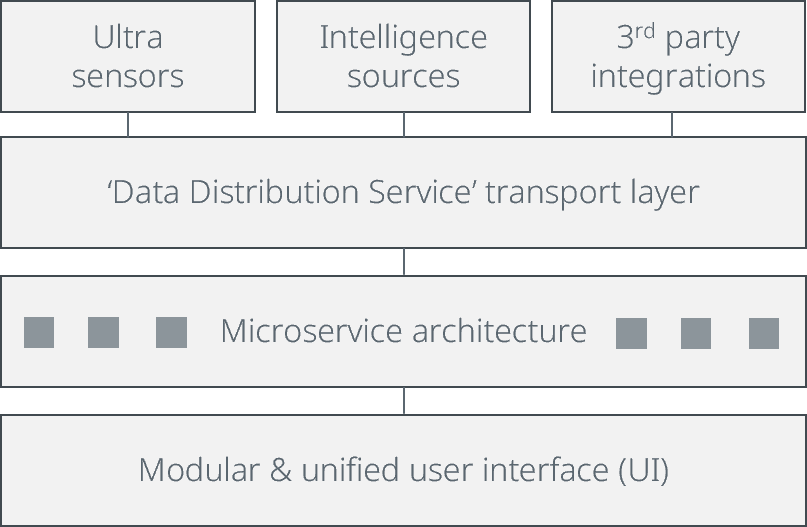 The second key feature of Cascade is its containerized microservice architecture. Each software capability – from geospatial and chat functions to AI anomaly detection and course of action recommendations - live as modular elements within Cascade. This provides our developers and engineers with flexible reuse capability, so that functionality developed by one Ultra team can be reused by another team in new and novel ways.

For example, an AI-driven optical image recognition module originally added to Cascade for periscope detection could be re-trained to classify vessels for coastal defence and added as a new microservice. This architecture is key to Cascade’s potential: every team that uses the platform for a customer demonstration or production order will be further enhancing its capabilities for future missions by adding modules to its library.

Fully scalable, hardware agnostic – deployable across most environments and integrating across full spectrum of protocols and networks

From data to decisions

A single pane of glass

Reusable modules means Cascade will accelerate time to impact for every customer use case, keeping them one step ahead.

By building things once, building them really well, and then reusing those capabilities many times across different customers and use cases, Cascade will enable us to maximize customer outcomes. Our teams will no longer need to create software solutions from the ground up, but instead simply load a Cascade instance and have instant access to the latest integrations and microservices to build from.

This also means the time to impact for customers will be dramatically decreased. New microservices can be added and existing ones upgraded via over the air updates, with no downtime or discernable loss in system performance. And customer demonstrations that would once take months of custom coding can be built using Cascade in a matter of days or weeks.

This new way of developing advanced solutions will allow Ultra to add more value to customers within their existing platform and react to emergent customer needs more rapidly and with less risk on both sides. 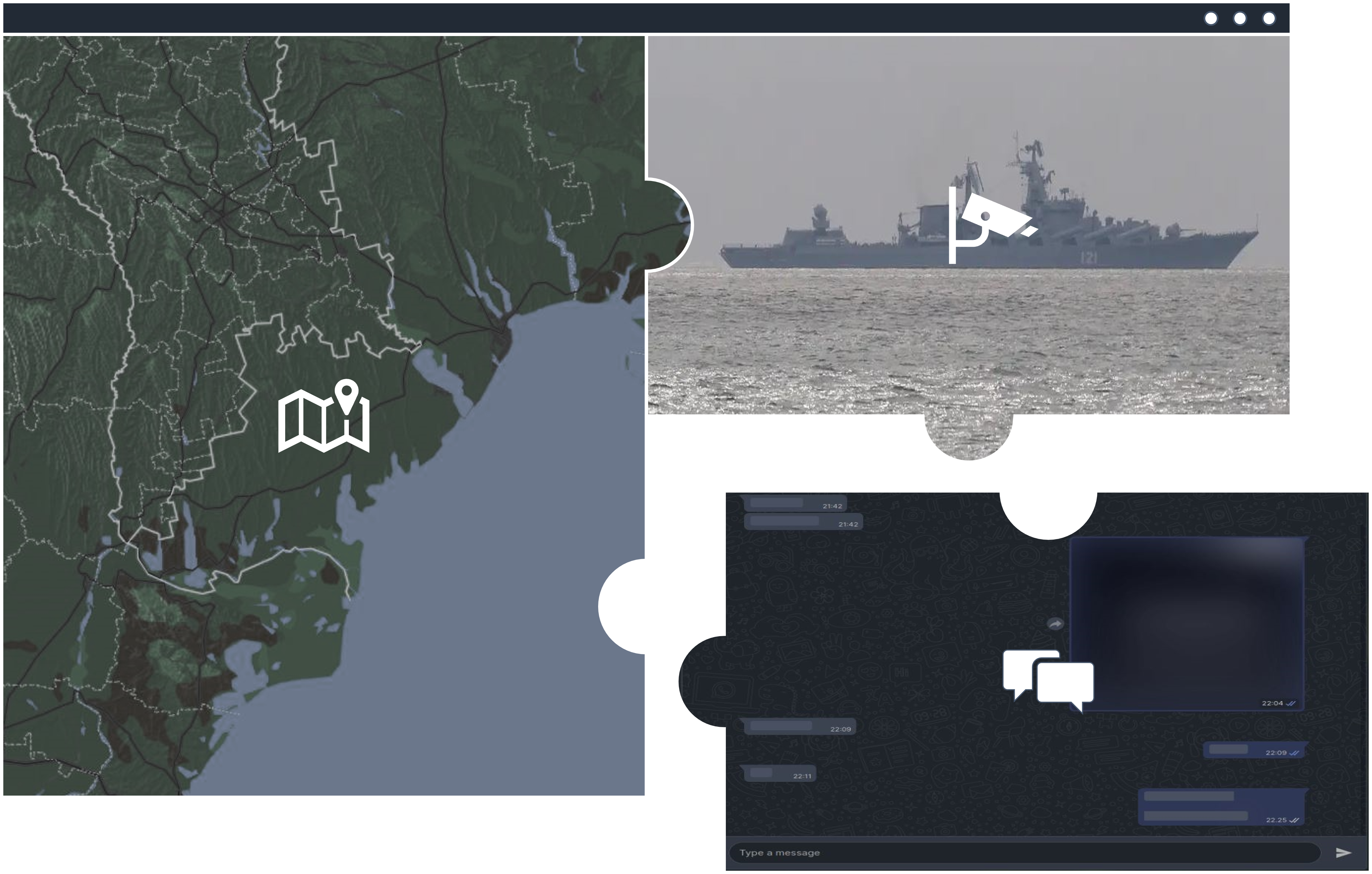 Staying connected: open standards at the core of the future battlespace

Cascade has also been built to be a fully open and interoperable platform at every level. Alongside the range of Ultra hardware being integrated into the platform today, open APIs will enable the rapid integration of third-party hardware. So if a customer already uses another radar solution, Cascade can still leverage its data. This interoperability between a range of hardware and services enables the building of a true data fabric across the battlespace.

This open architecture also extends to microservices. Today, the most cutting-edge Artificial Intelligence and Machine Learning capabilities exist not in secretive defence projects but rather in the Silicon Valley-led world of consumer tech. Companies like Tesla and Alphabet’s DeepMind are now synonymous with these technologies, but a huge number of startups are also pushing boundaries.

These small companies are agile, risk-taking, and attract some of the brightest minds in their fields. But their size and lack of experience in the defence industry makes it difficult for them to gain a foothold to demonstrate what they can do. Cascade solves that – its design will allow the most innovative companies to develop and test microservices within the platform, using military-grade data to demonstrate the capabilities they can offer.

In this way, we view Cascade as a ready-to-go ‘app store’ for defence-focused software innovation. And we are already working with a number of innovative third-party suppliers on the capabilities they could integrate into the platform.

Contact the Ultra Labs team to find out more about Cacade and how it can support tomorrow's missions today.